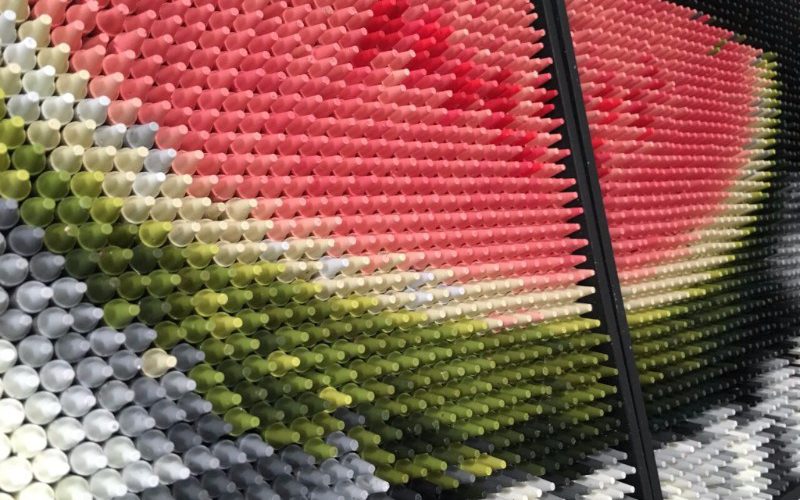 The term “Waxed Fruit” refers to the addition of a thin wax coating added to fruit to preserve its color and shelf life.

For this new body of work, Christian Faur blends these two preservations techniques using wax.  Faur leverages his signature crayon pixel technique to explore into the traditional form of still life paintings.  At at its origins, still life also called nature morte, loosely translated as a painting of unmoving nature.  For the old masters, fruit, has had a special significant for its symbolism and natural beauty. For Faur, it was an opportunity to explore the vibrant color, light, and surface forms of these everyday objects.  Through the form of the crayon, Faur reinterprets his digital photographs into a traditional artists medium, preserving the memory of fruit in a photo-real mosaic still-life.  Faur then molds and casts the actual fruit using bleached beeswax, so a replica of it’s physical shape remains, devoid of color.

The final show is a body of work that forms a memory of this simple objects in both color and form, preserved through the use of wax.